The A.S.D. I.S.A. (International Survival Association) has been operating since 1983 and as a legally constituted sports and cultural association it is a founding and leading member of the F.I.S.S.S. (Italian Federation of Sports and Experimental Survival), which operates in the field of Human Ecology. I.S.A. was the first association in Italy to promote and organize initiatives related to survival and experimentation of the different survival and work modalities, more generally, in the human, social and anthropological sciences.

He has conducted and still conducts studies related to human settlements, exploration and scientific, technological and behavioral experimentation, also having the specific purpose of collaborating with institutions, universities and scientific, and with public and private institution.

The I.S.A. Association (International Survival Association) for over two decades has been engaged in research, dissemination and animation on issues related to the relationship between man and the environment, within the framework of Human Ecology.

Since 1983 it has been organizing events, expeditions and projects on the theme of Human Ecology; since 1986 it has been working for Public Institution, Universities, Groups, Associations, Companies and individuals (children and young people, young people, sportsmen, families).

It organized scientific and paleoanthropological expeditions in Kenya (TURKANA 1987/89) with various university institutes, aimed at verifying not only the abilities and survival possibilities of the first hominids but also the psychosomatic variations and the body’s immune responses in that hostile and semi-desert environment that has been the cradle of mankind.

In 1989 it opened the “Salgari Campus” which in the last few years has about 30,000 annual presences.

Since 2001 it has been collaborating with the Interfaculty School of Motor Sciences (SUISM) of the University of Turin; it has followed various museum installations of Experimental Archeology, including the prehistoric sector at the Museum of the Alps (Forte di Bard – Aosta) and the exhibition “From the Stones to the Mouse” at the Regional Museum of Natural Sciences in Turin. 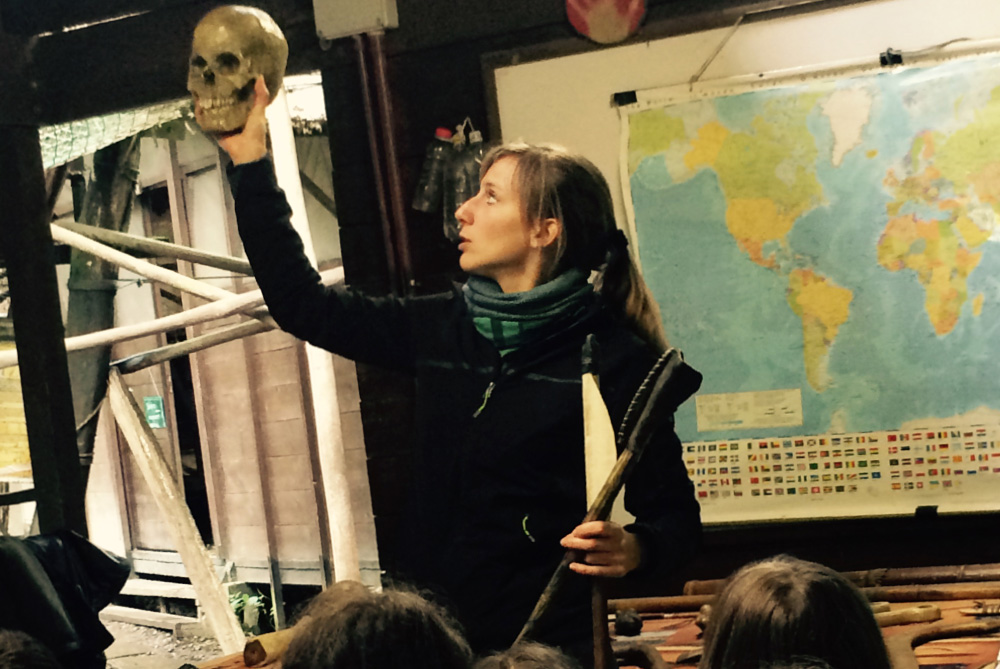 From 1990 to 2006 it was responsible for the design of an ANTHROPOLOGICAL ANCIENT PARK taking part of the “Project Anthropos”, supported by the Piedmont Region and the City of Turin.

It contributed to the realization and management of the “EXPERIMENTA 2004” regional scientific exhibition on the theme “SopraVVivere” (Survival), collaborating also on the 2005/2006 edition on the sport theme, with interactive and demonstrative plants, including the longest Tibetan bridge in the world, entered in the Guinness Word Record. 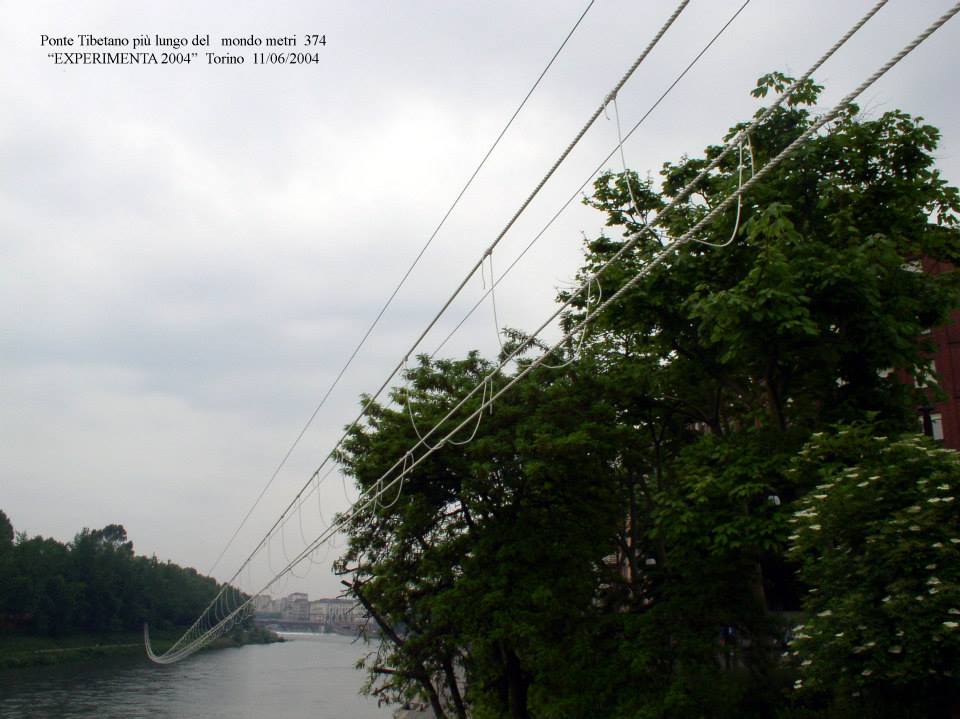 In 2004-2005 it collaborated on the editions of ROME NO LIMITS (The Capital Adventure Marathon).

It has taught and organized internships for the Master “Medicine of Catastrophe” (COREP – University of Turin).

From 2008 to 2015 it organized the event sponsored by the City of Turin entitled “Torino Ecodinamica”.

As part of the “Turin – European Capital of Youth” event on 2010 it has collaborated on the ‘VERTICAL CITY RACE’, creating a manual cableway of 250 meters on the Po river.
From July to September 2010 it is partner and sponsor of the design of an Ethno-museum School on Lake Turkana in Kenya, supported by the National Museum of Kenya and sponsored by the Laboratory of Anthropology – University of Turin.

Since 2011 it yearly organizes Testages in Kenya for Training Instructors and it has logistical bases for courses and explorations in equatorial environments.

On 2013 and 2016 it collaborated in the design and construction of the ecodynamic systems at the “I Pini di Aquilino” Park in Cornaredo (MI), and the Bosco dei Faggi Refuge in Castelletto Uzzone (CN), photo below . 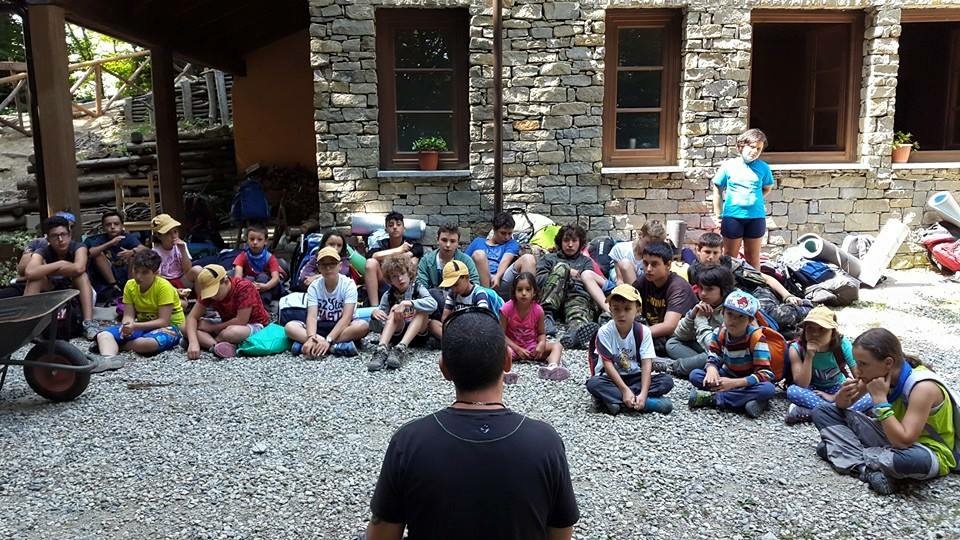 On 2014 it made the Guinness Book record in Baveno (Lake Maggiore): a bridge of recycled bottles of 151 x 2 meters.
From 2014 it collaborates with Decathlon Store in Settimo Torinese.

For more information on I.S.A. projects and initiatives visit the website dedicated to it.

Facebook Instagram
© Copyright Salgari Campus. All Rights reserved. Website designed by Wil-D
We use cookies to ensure that we give you the best experience on our website. If you continue to use this site we will assume that you are happy with it.Ok